A couple of weeks ago, some friends from US and Germany decided to come visit me for a few days.  My friends are really into being out and about, so I figured I should at least try to keep them occupied. So guess who turned into the occasional tourist guide… yepp, me 😉

We drove around the area, looking at all sorts of sights, as there are quite a few things to do here in my region (Rogaland county). It’s a great place to visit.

As we roamed around, I thought.. maybe I should write about what places we’ve/they’ve seen.

Which again spark the idea of doing a small series on – Touring my neighbourhood – just in case anyone else decides to put the Stavanger region on their travel map!

And I’m kicking it all off with Utstein Abbey. 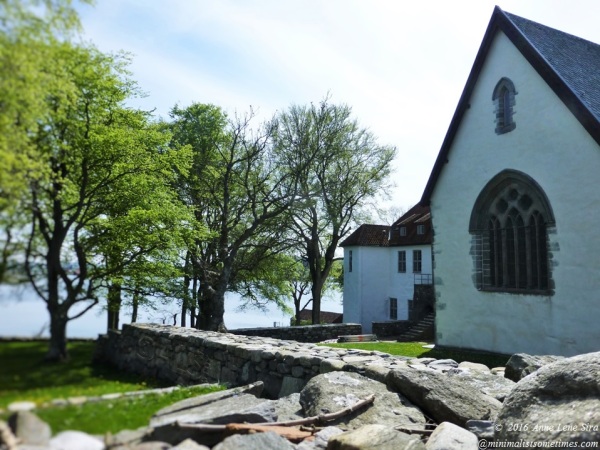 The first day we covered a couple of historic sites, one of them Utstein Abbey (Utstein Kloster)

Utstein Abbey, is Norway’s best (and only?) preserved medieval monastery. The abbey is located at Klosterøy in Rennesøy municipality. About 30-40 minutes drive away from Stavanger.

There are bundles of history related to Utstein. I won’t be telling you everything, because the internet does this much better than me. But a few details can’t hurt 🙂

Utstein is mentioned in the history records going back to the 9th century, as it was cited as one of the residences of King Harald Hairfair, after the battle of Hafrsfjord.

There are some indications that the history of Utstein is even older, as Klosterøy and neighboring, Fjøløy, is rich in trace from prehistoric time. There are about 170 burial mounds registered here, the finds give no clear impression of these graves being from the elite environment, so it’s believed that local kings have had control of Utstein before Harald Hairfairs time.

But, let’s get back to the Abbey itself! 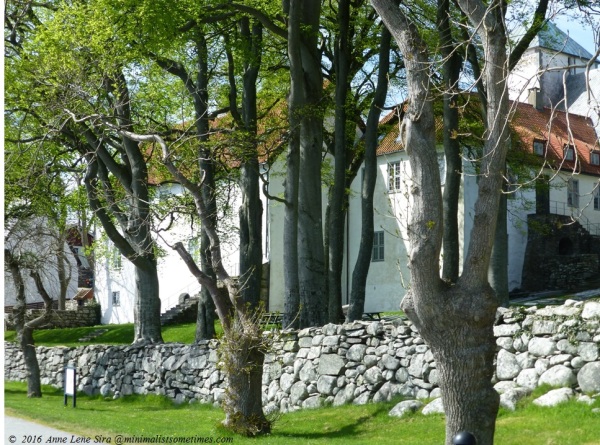 Most of the Utstein monastery were built in the second half of 1200 (1260) in a Gothic style, but there are indications that there was a religious building here even before that, as the baptismal font in the Abbey is from the 1100’s and there are reminisce of Romanesque style in the eastern wing (which originally was a freestanding house) dating back to the 1100s.

The church is unique in its kind in Norway, with the tower located midway between the chorus and ships. 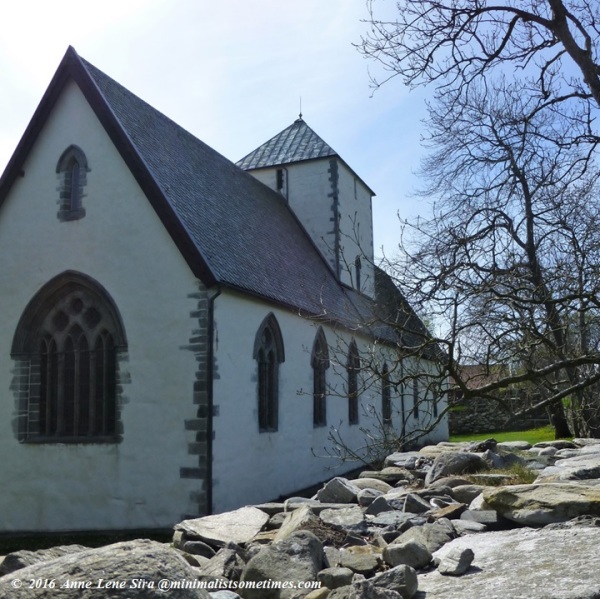 The abbey was dedicated to Saint Laurence and was established during the reign of King Magnus in the middle of 1200s. The abbey was dissolved in 1537 and later came into control of the Garmann (1786) and Schanke (1885) families in Stavanger.

Utstein Abbey today, is run as a museum, course and conference center and even a few concerts are hosted here (oh, yeah, and there are rumours that it has it’s own ghost to).

It’s a beautiful place to visit, have a small picnic or just meander around, as the area is great for walks! 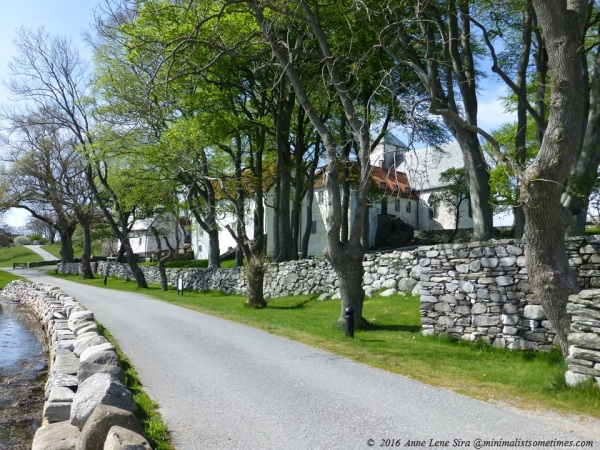 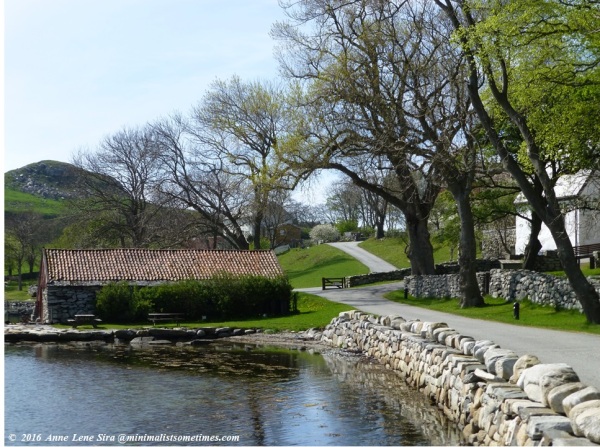 Even in the winter, the grounds are beautiful! 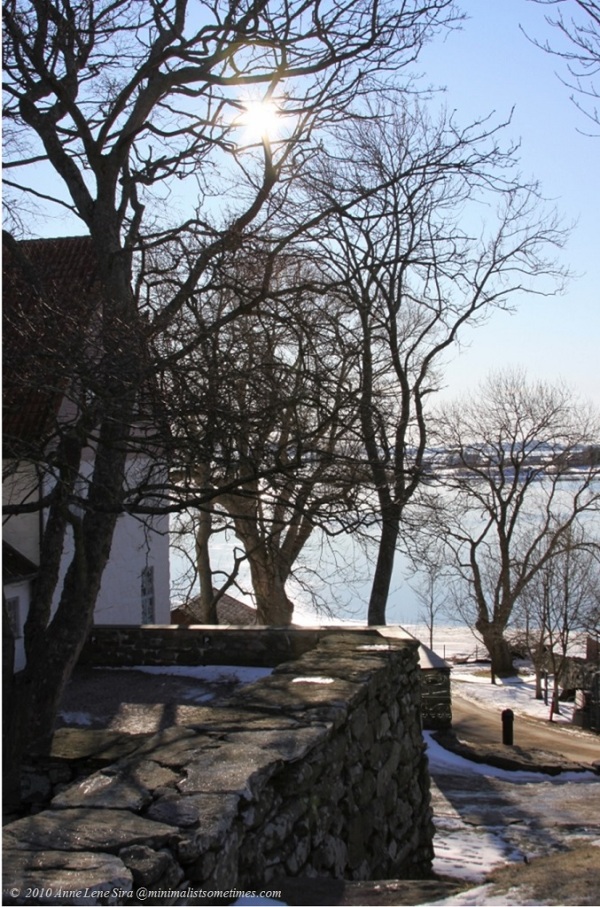 Love to check it out from above? Here you go. A short YouTube video just for you 🙂

You want more on Utstein Abbey? Hopefully these will do the trick.

Well, no actually not! Here in Norway it’s still cold, wet and spring..? Well.. not so much!

So today I decided to cheat 🙂

I need a little spring in my front yard. It’s much more fun coming home, after work, when there is some bright plants welcoming you.

What you think? Much more cheerful, wouldn’t you say 🙂 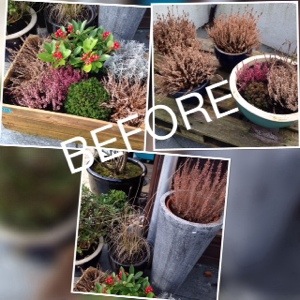 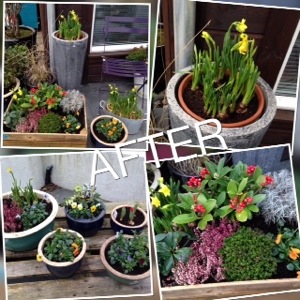 2014 – a year to declutter and living with less

You know how you sometimes come across information that resonates with you. That’s what happened to me a couple of weeks ago. I was looking at a web site with travel accessories, which brought me to a link about packing on YouTube. Next thing you know I’ve gotten myself entangled in links after links on owning next to nothing, declutter and minimalism. And that’s when it hits me smack in the head, this is where I’m at right now, feeling the need to clean up my life and move towards a simpler life.

Who am I? My name is Anne Lene and I live on the west coast of Norway. And where is Norway you might ask? Well have a look here. My interest are traveling, house and gardens (especially my garden) and I’m a pretty good handy”man” 😉

I live in a small house (about 75m2 or 807 ft2), and I love the idea of a clean uncluttered space and not owning more than I need.

I’ve always been somewhat decent at getting rid of things, and most people would say I keep a tidy house (that’s just because they don’t see all the stuff tucked away everywhere). But lately it seems like stuff is creeping up on me and before I know it I’m sitting in the middle of a whole lot of mess.

So why a blog? And what’s with the name Minimalist Sometimes?

Well, you know how you can feel like a “minimalist at heart” (yeah I know, wishful thinking), but your life do not quite seem to reflect this. Actually it’s starting to look pretty messy, like I mentioned above, and you swear it wasn’t that long ago that you were in full control of your house and your life.

This is me in a nutshell – a Minimalist sometimes🙂 and this is a blog about my personal journey towards becoming what I call a moderate minimalist. I thought that if I’m going to give this a proper try, I might as well write about it.

So going forward i have decided that:
2014 will be a year to declutter and living with less.

And if I’m lucky, some of the stuff I will be writing about on this blog might inspire others on their journey.

So here we go… my journey starts. Will you be joining me?